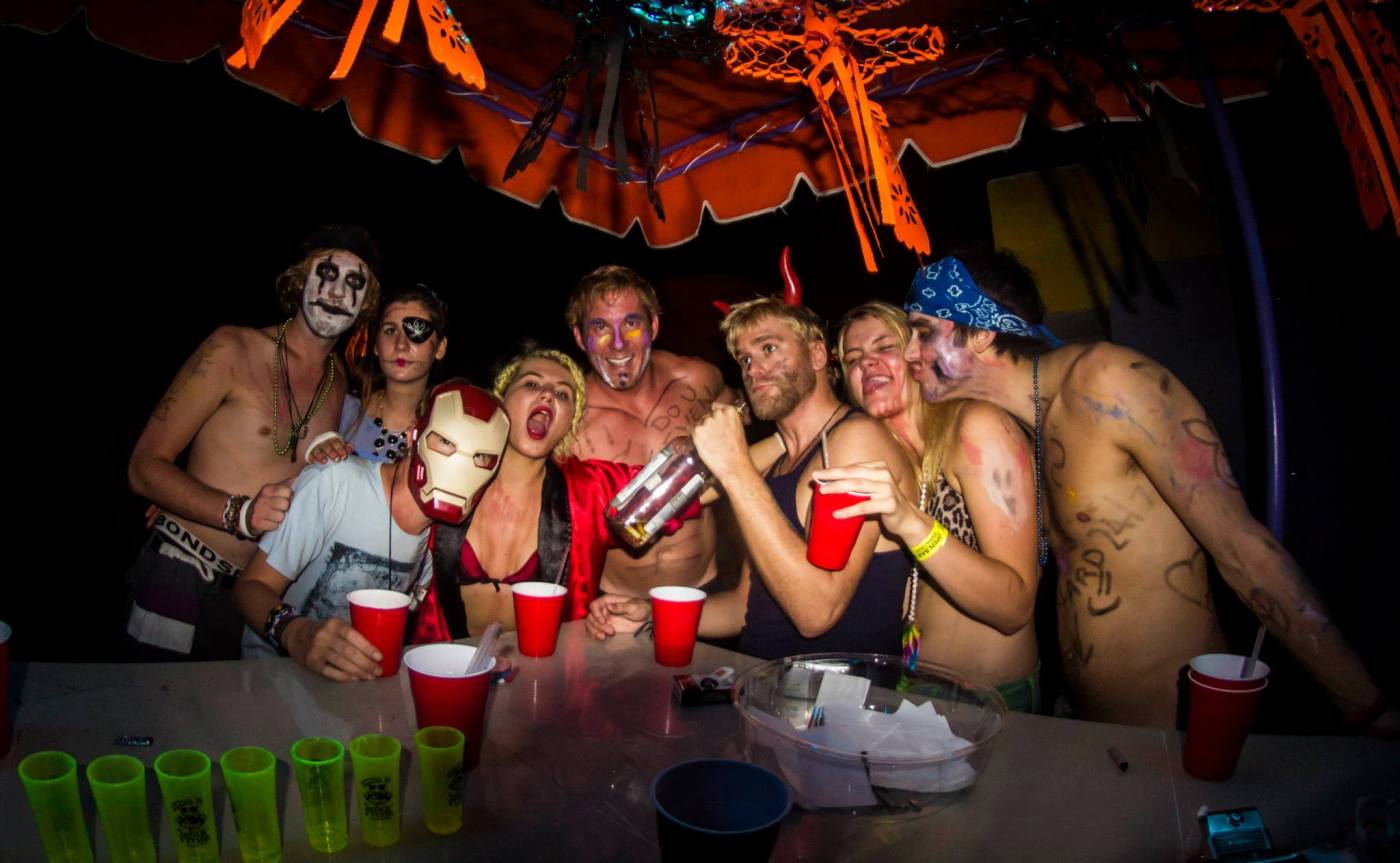 Remember that feeling of setting foot into a new hostel for the very first time? Arriving from your previous makeshift home, backpack feeling increasingly heavy, walking through those doors and getting yourself checked in. You wobble up to the counter at reception, have a quick look around and make a very quick assessment of your new surroundings, including the people you’ll be spending the next few hours, days, or even months with – depending on how much you like them.

As you’re sitting down for a much needed beer or coffee, depending on the time of day (or possibly not)  you notice a very loud and enthusiastic man holding court with a bunch of increasingly bored looking travellers. This sounds less like a conversation, but more like a life story being shouted enthusiastically to an audience who would rather sucked very swiftly into a black hole than sit and listen to it. Ah yes, it’s Mr Braggy.

Whether you want to hear his story or not, you’re going to get it. In fairness, usually the first person to immediately befriend a solo traveller. Not lacking in confidence, Mr Braggy will bowl straight in with tales of sexual conquests from the previous night or three, instantly tell you how much of a high flyer he is back at home, but also how he knows the place ‘like the back of his hand’ already and how he will happily show you all of the sights – despite only having been there for 6 hours himself. He’ll generally also be able to tell you exactly why the place you’re staying ‘isn’t all that’ in comparison to the not very well known place he just came from, that definitely ‘isn’t in the Lonely Planet or anything’

AKA the hostel house-pet, like a stray cat that was fed a few times and now just can’t bring themselves to leave because they’re too damn comfortable. Upon first encounters, it would seem that the stoner is best friends with all of the staff, having got to know them over a long drawn out period of multiple months. But all is not what it seems. They have worked in every part of the hostel throughout their stay; from cleaning the kitchen right through to babysitting the owners children. The stoner simply will not leave, despite continual hints that maybe the next town along would be much nicer at this time of year. For the sake of politeness the staff have now all but adopted them, in a kind of Stockholm Syndrome situation in reverse.

Travelling with more cameras than a Kodak warehouse, spending time with the photographer is a bit like backpacking with your very own personal entourage. I’d imagine this is how it feels to become an A-List celebrity for 5 minutes. The one big plus side of having a keen camera person in tow is that you’ll end up with some seriously professional looking photos to stick on Facebook, to further piss off all your friends back home. Generally befriending your own personal paparazzi can only be viewed as a bonus, it certainly saves you having to bother using your own shitty point and shoot from Argos. Or your iPhone, if you haven’t lost it already. Be very careful as not to annoy the camera crew too, as the camera comes with them everywhere; not just on beautiful hikes through the local countryside, but also on very drunken nights out drinking copious amounts of the local tipple. Ensure you’ve turned on that ‘photo tag approval’ function on your Facebook profile, just incase.

Not even the boozehound knows why they’re here. Or at least they did, but they’ve spent so many days of the last 2 months either nursing a hangover or knocking back 40 pence beers that they’ve forgotten even which country they’ve woken up in. Not likely to surface any time before 12pm on any given day, the local neighbourhood drunk will have tried to sleep with the hostel receptionist at least 5 times in the last week, and will happily regale you of the same story about it over and over again. Good company on a night out, they will handily know exactly which bars to go to on which nights and has somehow learned the names of all the bar staff in each venue. Much like the stoner, the boozehound is now part of the hostels fixtures & fittings, but has done far less work as they spend their entire travel budget on beers, western food, and the occasional over-priced hostel organised excursion – just to tick the ‘I did an activity’ box for that week.

Generally comes in two different forms; the one you like and the one you don’t. Normally very active, wise, and carrying a particularly interesting backstory; the dude has done his research and knows the local area inside out. Sometimes on the lookout for a wife, but almost always from some bonkers career background such as a multi millionaire property development impresario, UNICEF translator, or NASA scientist. Adorned in very expensive outdoor clothing, their hobbies are quite often centered around sport, such as travelling the region to play table tennis. Will occasionally come out on a night out with you, where inevitably you’ll accidentally lose him in the ether somewhere after he’s befriended some locals in an obscure reggae bar. You know ultimately that he’ll be ok, and the next morning you see him at Breakfast having already been out on a 2 hour hike to see sunrise on top of a mountain.

Anyone we’ve missed? Add yours into the comments below, or alternatively email us on theboozeybackpacker@gmail.com with your suggestions!